Carers are having their say in the lead-up to the election on 23 September about New Zealand’s need for a joined up respite system, a better fairer Funded Family Care policy and other issues facing carers! Here is Di’s view on a significant issue facing Grandparents who are raising their grandchildren…

Grandparents who give up their freedom to take on their grandchildren should not be charged legal fees. They save the tax payers multi thousands of dollars every year in child care yet they are not given the same support as strangers who raise foster children.  Suddenly having your life turned inside out, even quitting jobs, finding yourself raising a grandchild or three and needing to have legal documentation to be entitled to any funding, then realising you’re not entitled to certain help because you’re related is totally unfair.  These legal fees cripple grandparents.   I lost my home because I had no other way to pay the fees which also incur penalties. With my voluntary work for Grandparents Raising Grandchildren Trust NZ,  I have met many others who have and are being effected in this manner. These are funds we no longer have to help our situation and so many of us fall into hardship, which is not being recognised by the crown. The terrible stress from family break up is exacerbated and rightly we should be receiving the same amount as foster carers do. 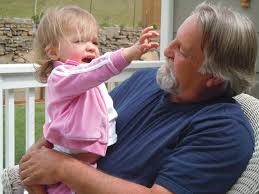