An extract from Shirley Jamieson’s memoir A Different Road.

After Janelle turned 21 she moved into residential care. She’d been to the facility for respite care several times, so she knew it well. And she’d still go to school in a wheelchair taxi from Monday to Friday until the end of the year. The facility proclaimed to care for people with level 4-5+ physical disabilities, so should be a good place for her to be. Or so I thought.

I visited her often but was missing her a great deal. My life’s work disappeared out the door with her when she left home. I struggled with feelings of redundancy and loneliness. I found voluntary work and joined the Lioness Club, helping in the community while making new friends. I visited Janelle every week, travelling from the Wairarapa by train to Wellington. But at Christmas time with family, it was obvious Janelle wasn’t well … hadn’t been well for awhile.”She’s lost weight,” I said. “I guess it’s to be expected seeing she’s not been well but I expect she’ll regain it soon enough.” Instead, she continued to lose weight.

The nurse at her facility had left, two trainee nurses taking up the position. I asked staff several times over the next few weeks to weigh Janelle, for a dietician to see her urgently, and for protein supplements. Nothing happened. I wrote a formal complaint. Receiving no acknowledgement, I contacted the Health and Disability Commissioner. When I next visited Janelle, her health had plummeted. She looked emaciated. White skin pulled tight over her little face, her arms the width of the tiny bones in her wrists, her chest sunk in.

Sick at heart, I went straight to her doctor and waited until morning surgery was over to see her. She said she had rung the residential facility to inquire about Janelle at times and was told she was ‘doing well’. Now, shocked at my report on Janelle’s condition, she contacted Wellington Hospital, admitting Janelle that afternoon. At hospital they monitored Janelle’s food and drink intake, gave her protein supplements, and inserted a naso-gastro tube for overnight feeding.

She was weighed twice a week. I spent the day caring for her, going home each evening. Friends were so supportive, visiting Janelle in hospital, and one of them took me in her van to collect necessary things from the residential facility. I was grateful for her company. Sick with anger and the betrayal of my trust in them to care for my precious daughter, I felt ill just being there. A clinical audit was done at the facility. Assessors combed everything for several days. The manager had already left. Janelle was assigned a hospital social worker, and the HDC was investigating.

After nearly two weeks, the doctors decided Janelle could be discharged. Her weight had climbed and results of her many blood tests proved things were improving; she was getting the nourishment she needed. And she hadn’t suffered from a common syndrome where the body reacts adversely to food after prolonged severe malnutrition.”With continued care she will recover and regain her weight,” the doctors told me. “We will write out a sheet of instructions to send back with Janelle to her residence.”

Send her back? “No,” I said. “No way in the world is she ever going back!” I put a protective hand over Janelle. “She’s coming home with me.” All I wanted to do was to take her home, to love her back to health. They supported my decision. I arranged everything in her room. It looked welcoming with all her pretty things scattered about. We had a hoist and sling to lift her, preventing back injury, and an electric bed was arriving soon. It had a handheld control to raise it to a comfortable height for me to attend to Janelle.

Everything was now ready for Janelle to come home.

Arriving home, I wheeled her up the new ramp and into the lounge.”You’re home, Angel Sweet,” I said, using my special name for her. The tears filling my eyes spilled down my cheeks as I hugged her. For the next 10 months it was full-on care. At first, Janelle was still traumatised by her terrible experiences, and burst into tears if I left the room. I held her close, talking softly to her until she stopped crying. Gradually her weight returned to her normal level. A sparkle returned to her eyes and then her sense of fun was back. I love to hear her laugh. It is one of the most beautiful sounds I’ll ever hear.

She loved going to our church, joining in the singing (in her own special way) and smiled at people when they came up to talk. She glowed when people prayed for her. The church supported us during those busy months, one couple donating firewood, enough to last the winter and for the following winter as well. Home help was limited to a few hours a week, relief carers coming to bathe and dress Janelle and give her morning tea.

As my bathroom doesn’t have an accessible shower, Janelle had two showers a week, lying on a specially designed shower bed at other facilities. On other days she had a bed bath. Someone came to do an hour’s housework on Fridays, and after a few months someone also came to give Janelle lunch four days a week. But there was no help in the weekend. The agency providing the support workers said I couldn’t leave the house while they were there in case Janelle had a seizure. I was effectively housebound.

On Monday afternoons a friend from church came to give me a break. I usually slept. Another carer came on Wednesday for a few hours so I could go grocery shopping. District Nurses were coming in twice a week, a great support. They’d check on how we both were, collecting items from the chemist when I couldn’t get there.”We’re only a phone call away if you need us during working hours,” they told me. It was a vital back-up. We needed it. I was on constant alert.

Love of Janelle and the joy of having her at home couldn’t prevent exhaustion overtaking me. It became my constant companion. Previously, when Janelle was in Wellington Hospital, a social worker gave me information about a residential hospital in the Wairarapa. She recommended it as a possible placement for Janelle. At first I shut out the thought; it was too much to cope with. I would need to trust Janelle into their care, and I couldn’t do that. Not then.

Months later, I discussed it with our Wairarapa Hospital social worker. “Would you like me to take you to visit the hospital while Janelle stays with a relief carer?” she asked.”OK,” I said, “but I can’t commit to anything yet.”

The hospital was mainly for the elderly but also catered for younger adults. I felt I could gradually learn to trust again, that Janelle would be safe there. Over the next few months I kept in contact with them. I talked with Janelle about it. She needed to trust a residential facility again, too.

Over the years of caring for Janelle, I always talked to medical professionals at appointments before they examined or treated her.”Tell her first what you’re going to do, explain it to her. She will cooperate if she can, and is far more relaxed,” I advised. “She can’t talk, but she understands what you’re saying.”I found most medical professionals heeded my advice, and found it worked well.

Now, explaining to Janelle that even though I loved having her with me, I was too tired to keep doing all the caring.”You’ll be in a place where they’ll take good care of you this time. And I’ll visit you often,” I told her. “We’ll go and check it out together next year. See what you think.” Gary Veenstra, the RNZFB Family Social Worker, came to see us. He recommended an IDEA Services facility not far from the residential hospital, where Janelle could go for social interaction and activities with younger people.

Janelle and I went to see them towards the end of the year. It was a friendly place set in attractive grounds. I felt sure Janelle would love going there for a few hours’ outing five days a week. Then the manager of the residential hospital arranged a meeting at our home. She had a plan for transition. “Janelle can come home for weekends for the first three months before moving in permanently,” she explained. “And you’re welcome to stay as much as you want over the first two weeks to help her settle in.”

We visited the hospital a few days later. Janelle smiled at everyone. It took me a few days to process the idea. I wished Janelle could tell me what she thought. It would be a big adjustment for her. We arrived at the hospital on a warm Monday morning. It was a whirlwind of getting to meet a lot of new people, learning routines, finding our way around. It was a new beginning.

Janelle gets good care at the hospital, and if there is a problem, they listen and take action. Nurses are always available, and her health is stable again. She has fun with some of the staff, too. Having Janelle back in residential care took a while to adjust to and I grieved that she could never have her own career, home, and family.

But my life’s journey has always been different from many other people’s. I’ve needed to continue to let go of the ‘could have beens’ and appreciate what I have. At times my Different Road has wandered through fun-filled warm days, creating sparkling gifts of special memories to treasure always. It has led me up some tough climbs where it’s taken all my energy to keep moving. Sometimes the path was narrow, barbs and nettles reaching out to hurt and sting.

Those experiences have shown me what matters most to me: my family, friends, and faith in God. They’ve taught me to understand others going through difficult times. And along the way I’ve met wonderful people I’d never have known otherwise.

I don’t know what I’ll discover around the next bend in the road but I’m holding on to faith as I go. 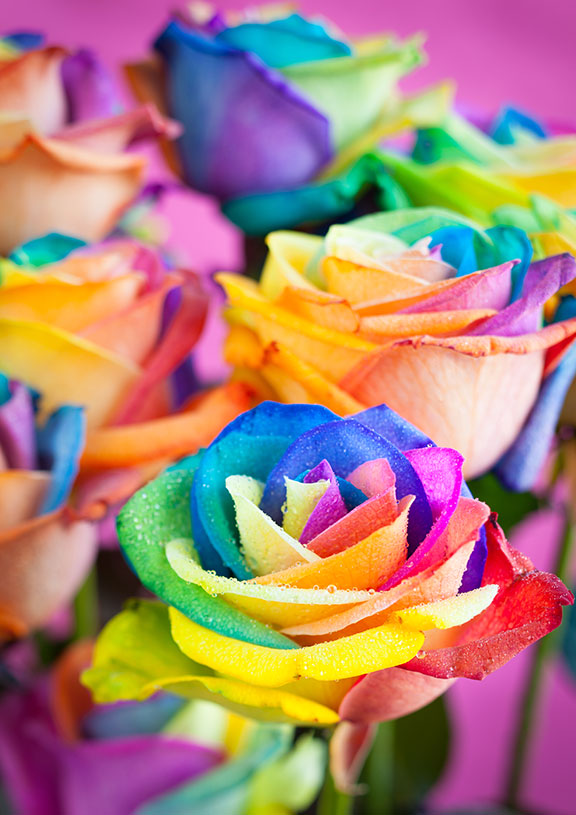