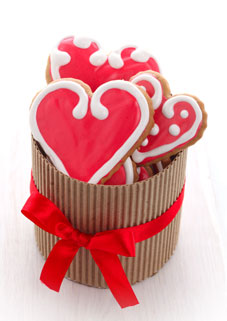 Childhood memories wash over Marylynn when she does the laundry.

Keeping up with the family washing was just one of the chores that fell to Marylynn when her mother, who experienced mental illness, was unwell or away having treatment.

From the ages of nine to 19 Marylynn was a child carer, acting as her Mum’s confidante while also supporting her younger siblings, her hardworking father, and trying to keep up at school.

“I got used to carrying the weight of the world on my shoulders. Child’s play was not my game, if you’ll excuse the pun.”

“Thank goodness for my younger sister, whose role in the family was different from mine.”

On Saturday afternoons Marylynn sometimes gave in to Maeve’s insistent call to come outside and play.

“Just for an hour,” Marylynn would admonish in her 11 year old grown up voice.

Before the knew the words time out existed, she found herself exchanging what she describes as “the clanging heaviness of care” for the lightness of making daisy chains.

“I loved the task of picking daisies, then sitting cross-legged with my sister on the back lawn, councing them carefully and connecting them into necklaces.”

“The step by step rhythm had a magical effect. My mind was cleared of responsibilities, and I was able to focus on the moment.”

“I remember the feathery lightness. I remember the tickle of delight. The ritual of claiming to have made the longest chain was just part of the fun!”

When stepping over the back doorstep, garlanded in daisies to resume her chores, Marylynn felt a lift of mood, a buoyancy of spirit.

“Where was the millstone, the pervasive feeling of gloom and doom? Is having time out what we mean by breathing space? That’s what it meant for me.”

Marylynn’s Mum had different diagnoses for her illness, she says.

“When Mum was very low, she might leave the taps running, or a pot burning on the stove. She couldn’t make decisions about what to wear or about everyday tasks.”

“Mum was also very fearful. She was terrified of knocks on the door in case it was social welfare.”

Washing was done in a boiler and was time-consuming and laborious, especially for a family of seven. To ease the load, Marylynn’s father, who was employed by a drycleaning company, would clean the children’s school uniforms at work.

When she was very unwell, Marylynn’s mother would scream abuse at the neighbours or initiate arguments with her husband.

“In a hostile, aggressive state there was a rocketing effect, a terrible zigzag of high to low and back,” she says.

“Low would crash through the floor, high would break the ceiling. This was before the wonder drug of lithium, which was on the horizon by the 60s and seemed like a miracle cure.”

For Marylynn’s Mum, electroconvulsive therapy was the only treatment option available at the time.

“She often had to be committed. She’d say I wouldn’t need this if only I could have a holiday, or enough help in the house, or if people would pray enough rosaries for me. She couldn’t see that she was unwell.”

“Back then for women there was a lot of fear and anxiety around what it meant to be a good woman and a good mother. It was the stereotype of the 50s post war era recorded by social historians like Sandra Coney.”

“Mum was very creative and had dreams of being a Hansard reporter in Parliament, but she had to leave school during the Depression. She loved the wider public life and wanted to be involved in that bigger picture. But her illness put paid to dreams of a creative life, and of fulfilling her expected role in the home.”

Marylynn describes her Dad as “a stoic” who found it hard to show his feelings.

“He buried himself in work, and at night became the guardian of the household when Mum wasn’t well. He would sit up, watching over us, until she fell asleep. I loved him for cleaning the uniforms. He’d take them away in a suitcase and bring them back tidy and pressed. It was a huge help to me.”

Marylynn was often late for school and missed days due to her caring responsibilities.

The reason for her absences was never disclosed in the notes she gave to teachers, though they knew of Marylynn’s struggles at home.

Her English teacher, Sister Bernard, had a sharp tongue, but displayed a soft spot for Marylynn.

“The other girls got lashes of sarcasm, but when I’d come into the classroom at half nine or 10, late because I’d been doing the washing, Sister was always kind to me.”

“She’d say it’s a good day for the washing today, isn’t it Marylynn.”

Marylynn was often so tired in class that Sister Bernard intervened, insisting that her pupil board at the school for a term at no cost.

“She told my father I could get School Cert and be a jolly good teacher one day. Dad needed some convincing, but Mum encouraged me to do what she hadn’t been able to.”

“It was a wonderful feeling to have my teacher speak out for a child. I fell in love with English literature at the same time and this led to me becoming a writer.”

Years later, when Marylynn left home for teacher’s college, her departure created more than the usual gap in her family after a decade of caring.

“It shook everything up,” she says.

“Others had to take over the caring. Dad did more, and the rest of the family took turns. In her later years Mum and Dad separated, and Mum went to live with our youngest sister.”

While mental illness can strike anyone out of the blue, it has left its mark on several generations of Marylynn’s family. Her mother’s mother spent years in institutions, and others in the family have experienced various mental illnesses.

“This kind of family history is quite rare,” says Marylynn. “Few families have such a strong history of mental illness. It’s important to point this out, because the stigma of mental illness still makes people afraid, as though it’s something catchy.”

Marylynn says our society does not like to think that child carers exist. Social isolation can be a problem, not just for those experiencing mental illness, but for others in the family, including children.

“Caring is not seen as a special need, but in a sense it is. Educators need to see it in that light,” says Marylynn. “The impact of caring on children can be significant. These children and young people need to be recognised, and they need their own support.”

“I encourage any child in a caring situation to find an adult they can talk to, a teacher perhaps, who can listen and help.”

This is the letter frequently written by my father during my school years, from the ages of 9 to 19, when I was often absent due to my role as a child carer.

The irony is that I very seldom caught colds because Mum wrapped me up warmly to prevent them. The other kids laughed at my onion layers as I peeled off at the classroom door. Dad said I couldn’t catch cold because I had to stay well to look after Mum.

Here is the letter that was never written …

Please excuse Marylynn’s absence from school for the past two weeks due to family reasons. Her mother (my dear wife) has suffered a nervous breakdown, the second within a year. Last time when things came to a head it was the Christmas holidays, so Marylynn didn’t have to miss school.

When her mother’s insomnia leads to wild mood swings and imaginings, she clings to M, confiding anxieties day and night. The family has tried to pull together and pull my wife out of her despond but we are at our wits’ end and have had to accept outside help again.

M’s mother has been sent to Porirua for six to eight weeks to receive shock treatment. Coping with a sick wife and trying to keep five children fed, watered and a roof over their heads, when you know you cannot take more than two days off work without the risk of being sacked, is a nightmare. The boss and the nosy neighbours have no sympathy for mental illness. It’s almost as though they think it’s catching or, worse still, that we brought it on ourselves.

The children’s aunt, who managed the household after my two weeks of annual Christmas leave, says she will come again, but will only mind the eldest and the youngest. She is writing to St Joseph’s orphanage to see if they will take M and her youngest sister for a term. In the meantime M is worried about the lessons she has missed over the past month. Even when she was at school she couldn’t take things in. Her mind was on her mother when you thought she was inattentive and up in the moon.

I left school during the Slump after spending two years in standard six. Her mother is the scholar in the house, and when well has all the answers on the correct use of commas; she knows the capital cities, she knows about the life cycle of butterflies and polar bears, and can quote The Highwayman by heart. (Mind you, while the shock treatment does wonders for deep depression, it certainly knocks my wife’s memory slate for a sixer!)

The long and short of it Sister Teresa is that my poor wife’s last words to me as they bundled her into the ambulance in her green dressing down were “let the school know … write a letter to Sister Teresa”. So here I am asking you, is there someone please … if not a teacher, then a clever pupil … who can stay behind to help Marylynn catch up on her studies? Would an hour on Tuesday and Thursday after school be sufficient?

PS My daughter’s best subjects are Art and English. Don’t be surprised if she doodles a daisy chain border around this letter.

Mum’s hospital bag
Her green candlewick
Dressing gown
Folded down on top
I wanted to wash
And set her hair
In pink and yellow rollers
But Mum couldn’t sit still
Why God why?
And the men in
White coats came
And Mum went away
Today we play daisy chains
I garland my sister
She younger carefree
Cartwheels on the lawn
Glad to have her
Playmate back
Pick another daisy
pick-link-pick
Tomorrow Dad will write
The usual absence note
I will learn a new spelling list
In standard six you are
Meant to know
Six syllable words like
ELECTROCONVULSIVE
Mum shudders at that word
But they say it may
Make Mum well again
We will have to wait and pray